Headline 14 Practical Money Hacks I Wish I Knew in My 20s
Headline 20 People Share How Their Finances Have Been Impacted by COVID-19
Headline How to Become a Successful Lottery Winner
Headline The Ultimate Guide to Renting vs. Owning
Headline 6 Things You Shouldn’t Feel Guilty Splurging On 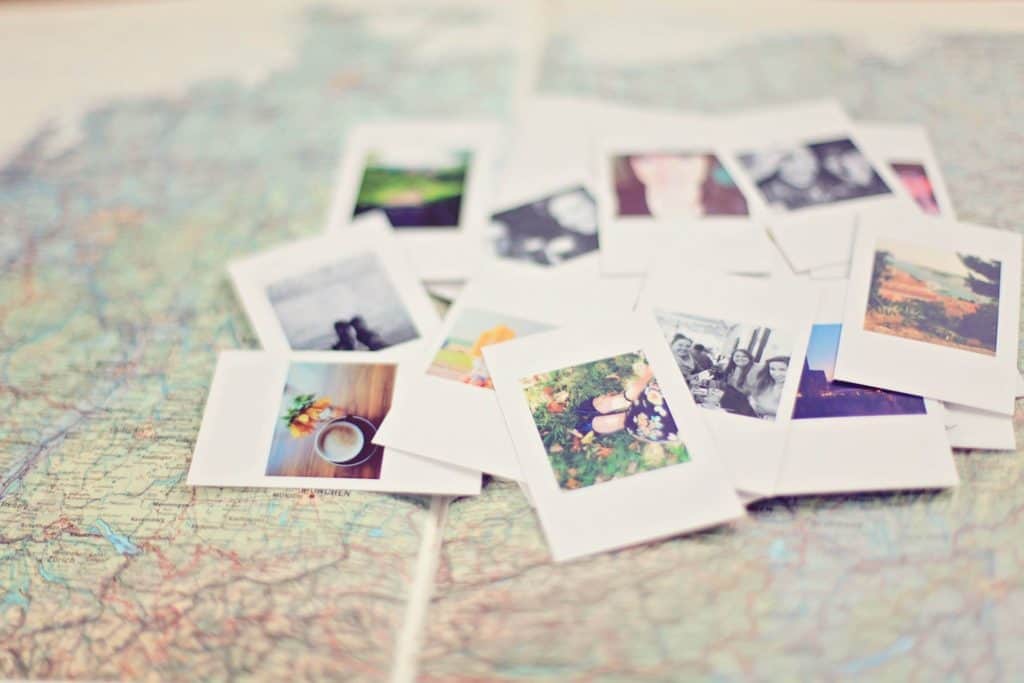 I Sailed Around the World Because of an Expired Bank Card 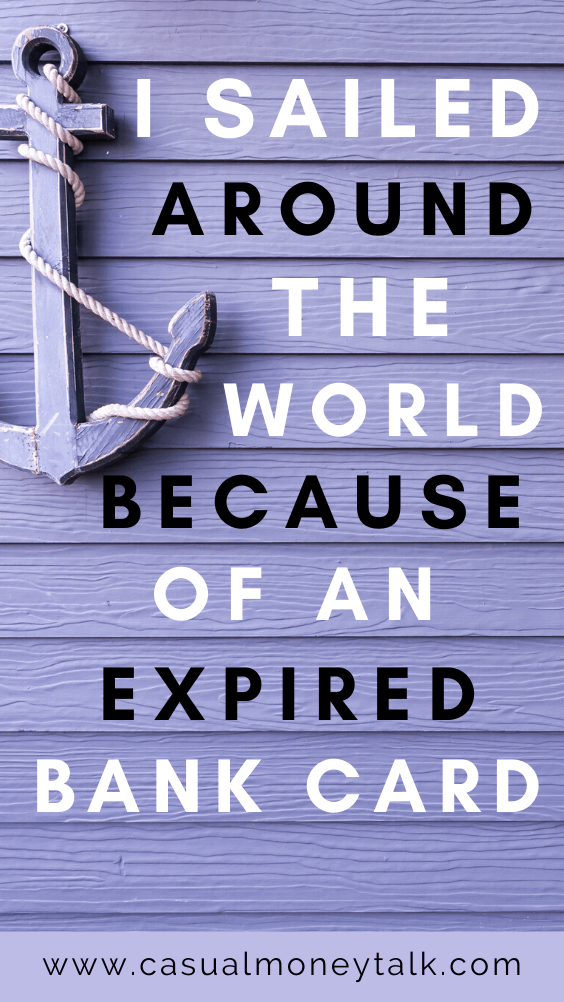 It was May 2002. I watched my ship sail away, and wondered what on Earth I was going to do next.

Three years on any ship would have done strange things to my mind; three years on Duyfken, a sixteenth-century sailing ship, had left me standing on a wharf in the Netherlands with an unusual set of life experiences, a bag of dirty clothes, and no way to get home to Australia.

First things first, I took stock of my belongings: a bag of grubby clothes that were held together by old canvas patches, my rigging kit, a half-eaten sandwich, some toiletries, antibiotics, an expired bank card, and my textbooks. Don’t judge me. Study is important!

My main problem was the bank card. You have to remember, this was 2002. It’s hard to imagine now, but internet banking wasn’t introduced in Australia until 2001, the year my card expired. I noticed the card had expired when I arrived in South Africa, but to get my new card sent overseas I needed to fill in a change-of-address form.

To get a change-of-address form, I needed to go into a branch of my bank in Australia. That obviously wasn’t going to happen while I was stuck in South Africa. Or the Netherlands. Or the middle of the Atlantic Ocean.

I couldn’t phone the bank because I only had €20 ($21.70) to keep me going until this was sorted out. That would have barely lasted five minutes on an international phone call! Until I got a new bank card, I couldn’t withdraw any money, and until I got some money, I couldn’t argue with the bank about the bank card. It was a classic Catch-22, and no matter how I tried to break out of it, the bank blocked me. I needed to come up with a plan.

I have to admit, I got lucky: I got chatting with Danielle on the wharf in Texel. She was one of the thousands of people who’d visited the ship in Australia, but she actually lived near Amsterdam, and remembered me. She took me home later that day, and I settled in on her couch.

Much to my surprise, it didn’t take long before a Dutch sailing ship, Stad Amsterdam, offered me a job as quartermaster. I was familiar with the job — taking responsibility for running a watch and training trainees, but there were two problems: first, the ship was nothing like the ships I was used to; and second, I didn’t speak Dutch. Still, immersion is the best way to learn!

The first few days on board were interesting, in all senses of the word. After several years in re-enactment conditions, I wasn’t used to unlimited food, an actual bed to sleep in, and a real laundry! My social and linguistic blunders kept everyone on their toes as I managed to flood the ship (the words for “close” and “nothing” sound very similar in Dutch, which didn’t help when you’re controlling a tap), offend the passengers, and totally confuse the rest of the crew. For any Australians reading this, be aware that in the Netherlands, Milo is a brand of soap, not a hot drink. I learned that the hard way.

After a year on board, I’d crossed the Atlantic twice, sailed the Caribbean and the Mediterranean, passed written exams for my correspondence course, learned Dutch, and generally got my life under control. I even managed to successfully avoid fines for not paying my $2.20 Australian tax bill. When your tax letter chases you around the world for six months, then finds you the day before payment’s due, it makes it very difficult.

I left the ship a year later with far more resources than I’d had when I joined her, and the realisation that there were more job opportunities in Europe than in Australia. Eager to speak English again, I went to the UK to see what I could find, and face my next big challenge: tracking down the fellow crew member who’d lent me €20 the year before, so that I could repay them. Borrowing money was unavoidable, but not paying it back was unthinkable. That took another two years, five countries, and was a lot harder than I expected.

Murphy’s Law transcends international borders. The first ship I found was an Australian sailing ship, the Endeavour, in Whitby. After a few days volunteering on her and getting used to English sailing terminology again, a Dutch sailing passenger boat arrived looking for a crew member who could speak Dutch.

That job put me in range of a UK maritime college, where I enrolled in a correspondence course to work towards a qualification as a deck officer in the merchant navy. That course, in turn, led to my next job as a deckhand on a Dutch container ship in the Baltic, running to Finland and Russia in winter.

After five months of lashing and unlashing containers, trying to maintain the ship in sub-zero temperatures, and chipping ice off the accommodation to prevent the ship from capsizing, I decided it really was time to go home. I liked the cold, but even I have my limits.

By then, I had a healthy bank balance spread across accounts in two countries, and it was simply a matter of buying a ticket and flying home. On Duyfken, it had taken 359 days to travel from Sydney to the Netherlands. On a plane, it took me less than 36 hours to fly back. The joys of modern technology.

When I arrived back in Australia in February 2004, I took stock of my life:

That experience and the qualifications I gained set me on a path that’s had me living and working across the world. It also taught me to always check the expiry dates on my bank cards, to never be too proud to ask for help, and to look for the silver lining in every disaster.

Even though I closed my account with that bank and will never go back to them, the bonus interest was a lovely boost to my savings, and the experience of starting from scratch has given me the confidence to take risks. I know now that even if I fail, it’s not the end of the world, as long as there’s a dock nearby!

Nic Gardner stumbled onto a local sail-training ship while she was still at high school in Australia, and fell in love with being at sea. Apart from brief and unavoidable stints ashore to complete her studies, she’s been working at sea ever since. Her career has taken her across the world and given her the opportunity to indulge her passion for learning, writing, and travel. She now calls New Zealand home. 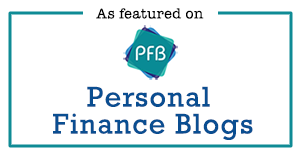 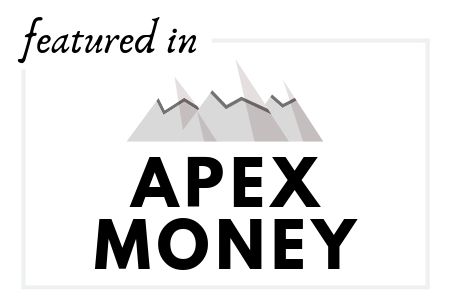